While the roots of chicken tikka can be traced back to 16th century Pubjab, legend has it that the massala sauce was not added until some point in the 1970s, when an unhappy diner at Shish Mahal complained about the dryness of his meat. It is said that then-owner of the restaurant, Ali Ahmed Aslam, hastily cooked up a sauce using spices and a tin of tomato soup – which he had been eating while recovering from a stomach ulcer – and chicken tikka massala was born. Mr Aslam’s son, Asif Ali, said the eaterie had already won worldwide fame as a result of the discovery.

He said: “We’re delighted, we do get a lot of interest and recognition from all over the world because of the link with chicken tikka massala. People are fascinated by it and the fact that this worldwide dish started from humble beginnings in Glasgow, even though it happened completely by chance. “I think it’s so popular because it’s a dish everyone can enjoy. It’s a bridge between so many different kinds of Indian food.” Chicken tikka massala has become the most widely available curry in the country. The guide hailed the dish as an “edible exemplification of multicultural Britain”. For the benefit of the uninitiated, it is described as “a vibrant-red vision, so bright it glows”.

In keeping with its Glasgow origins, it is recommended that it is enjoyed as part of a “classic curry-house experience… usually after a night on the town” with a beer. Shish Mahal also hit the headlines in 2009, when it backed a bid to have the Glasgow origins of Chicken Tikka Massala recognised through applying to the European Union for Protected Designation of Origin status. Had it proved successful, restaurants and takeaways everywhere could have been obliged to call the dish Glasgow Tikka Massala on menus, similar to Arbroath smokies and Melton Mowbray pork pies. However, others have laid claim to creating the curry. Descendents of Sultan Ahmed Ansari, another Glasgow restaurateur, have claimed he was the originator. Others have argued that it first cooked up in London or Birmingham, while it has also been said that it was created in New Delhi in the 1940s. Norwich, home to Coleman’s mustard, also made it into the guide.

Insider’s guide to the best British food, and where to find it

Hotpot, jellied eels and, yes, chicken tikka masala – food writer Simon Majumdar spent a year seeking out our culinary treasures. He reveals where to find the best
Chicken tikka masala Ali Ahmed Aslam, owner of the Shish Mahal curry house in Glasgow, has a strong claim to be the inventor of chicken tikka masala. He created the dish in the mid-70s using a tin of tomato soup to make a spicy gravy when a customer complained that his meal was dry. The rest, as they say, is history. So much so that, in 2009, Glasgow applied for protected status and to have the dish renamed the Glasgow Tikka Masala. That may be a rather silly notion, but a sizzling bowl of tender spiced chicken, cooked in the tandoor then coated with a fiery, tomato-based sauce, is a British treasure. Ali Aslam and his two sons can still be found at the Shish Mahal, carrying plates of their most famous dish to hungry Glaswegians.

That this House records its appreciation of the culinary masterpiece that is chicken tikka masala; notes that it is Britain’s most popular curry; recognises that it was invented in the great City of Glasgow by Ali Ahmed Aslam, proprietor of the Shish Mahal restaurant in Glasgow’s West End in the seventies; further notes that Glasgow is three times winner of the curry capital of Britain award; and supports the campaign for Glasgow to be given EU Protected Designation of Origin of this most popular dish.

That the Parliament congratulates Mr Ali Ahmed Aslam for winning the prestigious Irn-Bru Scottish Curry Awards 2009 Lifetime Achievement Award; believes that it is a fitting tribute to the man who is one of the original curry kings of Glasgow and is famed for introducing us to some of Scotland’s favourite dishes; recognises that Mr Aslam’s contribution to Glasgow’s culinary scene goes back to 1959 with the opening of the Green Gates Restaurant and continues with the popular Shish Mahal restaurant in Glasgow’s West End; believes that through his business and his philanthropic nature Mr Aslam is a fantastic role model for budding entrepreneurs from all communities, and wishes him continued success in the future. 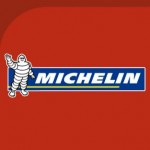 After almost 40 years in business, the charming Shish Mahal continues to go from strength to strength.
In three sections, with Moorish-themed décor, this consistently good Indian restaurant is popular with local residents, business people and students alike. And the menu is as eclectic as the clientele, covering the varied cooking styles of the sub-continent from the Himalayas to Madras and beyond. Typical starters include spicy chicken tikka and mince samosas, followed by lamb amrat mirchi Punjabi khoya (lamb simmered in cream with spices). Leave room for extras, such as chawal e khas (rice fried in saffron) and the excellent naan bread.

Shish Mahal’s warmly lit interior is one of comfortable, modern opulence, with patterned frosted glass and extravagant drapes revealing a dappled view of the street outside. The main dining room is dominated by a grand, multi-lobed light fitting which hangs colourfully over diners, and shiny brass inserts stud the glossy dark wood floor, emblazoned with the restaurant’s ‘S’ motif. The menu, divided into over a dozen different types of Indian cuisine, is easy to understand and staff are happy to offer advice. A gargantuan starter portion of chicken chaat patay supreme offers bright red, tender barbecued wings loaded with a spicy sweet and sour sauce.
Lamb handi Pakistani kalichain is an unusual combination of marinated egg and lamb, with garlic, onion, tomato and diced chunks of whole lemon. The dish is light, aromatic and slightly sweet, with a wonderful mix of textures and a brilliant fresh zestiness from the lemon chunks. Lamb tikka garam masala is deep red, rich and thick, with onions, fresh ginger and garlic butter giving a long-lasting kick, coupled with the mellow-spiced marinated meat.

…Thankfully, the Shish excelled itself with a fresh, delightfully crisp, tangy selection, including several fish portions. Absolutely mouthwatering! The Moll, in search of something warm and comforting, opted for garam macher, a spicy seafood soup. “This is one of the oddest things I’ve tasted,” she exclaimed, “and I love it.”

Next up was my palak paneer, a spicy blend of curried spinach with tasty chunks of hard Indian cheese.

A little on the rich side for my palate but with the fried rice with egg and a garlic nan bread, it became a dish worth savouring. They couldn’t get any more flavour in here if they tried!

Meanwhile, the Moll was goggle-eyed at the Moby Dick-sized king prawns that infested her dahhi deghie – a dish consisting of fried onions, yoghurt, coriander, chilli, garlic and ginger.

“This is one of the tastiest things I’ve had in ages,” spluttered the Moll, between breaths.

“You wouldn’t have thought so judging by the amount you’ve jettisoned on to the tablecloth,” I countered.

She was right, though, both main courses were something special.

It was with a wry “I’m impressed” glance that the waiter handed us dessert menus. I chose a gulab jamin while the Moll went for a malai kulfi. The milky ice-cream was the perfect antidote to a distended stomach and she was delighted.

My gulab jamin, a soft warm sponge draped in sweet syrup, was just heavenly, especially with a few stolen spoonfuls of the Moll’s kulfi. It’s definitely been too big a gap since our last visit to the Shish Mahal and after that meal, we’ll never leave it that long again. WHAT TO LOOK OUT FOR: The succulent and enormous prawns.

I have eaten curries in Glasgow, Edinburgh, Manchester, Newcastle, Nottingham, Derby, London, in Australia, USA, China and even across India itself and I can honestly say that the Shish Mahal is the best I have ever tasted. Only India itself challenges the Shish Mahal on the basis of a full rich tasty sauce but falls foul of fowl. The chicken (and lamb) prepared by the Shish is sublime.

HOLLYWOOD legend Morgan Freeman has eaten in some of the best restaurants in the world.

He has dined with fellow stars and top producers and directors at the most luxurious eateries in Hollywood and London. But yesterday the star revealed he ate one of the best meals of his life at a humble curry restaurant in Glasgow. Freeman said the high point of his recent stay in Scotland filming a new film was a chicken tikka biryani at the Shish Mahal restaurant in the city’s West End. He also had a mixed pakora starter, washed his meal down with a pint of Guinness and finished off with a coffee.

https://daftarsbobet90.jimdofree.com
This website uses cookies to improve your experience. We'll assume you're ok with this, but you can opt-out if you wish.Accept Read More